Emily represented an older gentleman who was viciously attacked by two dogs while he walked through his neighborhood. Her client was walking the same route he has every day for the past 15 years.  Out of nowhere came two loose dogs, who were very aggressive.  The dogs pulled her client down and attacked him.

Emily's client endured a number of different wounds. The most serious wound was to his hand.  He could not have stitches because, as is the case with most dog bite victims, the doctors do not want to risk infection in the wound.  Once Emily's client was released, he had a rough recovery with an infection and possible nerve injury.  His medical bills did not accurately represent the extent of his injuries.  With medical bills totaling 11,000.00, Emily obtained $47,500.00 on his behalf.

$20,000 Settlement for Young Girl Attacked by Pitbull in Portsmouth, Virginia

Emily had the pleasure of representing a sweet 12 year old girl who was viciously attacked by a pitbull.  She was playing at a friend's home when an older sibling opened the door and the dog ran out.  The owner of the dog was fully aware of the dog's propensities as the dog had bitten another child before.  Emily's client suffered serious and permanent injury to her ear and torso. She endured the placement of nearly 50 stitches to repair the wounds.  The scars will be present for life.  Her fears of dogs are minimizing but she still finds herself afraid when she sees a dog approaching.

Despite obtaining an award for her, she is unlikely to ever see a dollar.  The defendant did not even show up to the trial.  The defendant showed the same irresponsible behavior in not showing up as she did the day the dog attacked.  Emily vowed to never pursue individuals who were uninsured, unless they have substantial assets. In this case, Emily broke her own rules because the recklessness of the defendant just did not seem fair or right.  Emill is proud to help people whenever she can.

​A young man struck by a drunk driver while crossing the street in Norfolk, Virginia retained Emily to handle his personal injury case. He had hired another local law firm first, but they decided to withdraw from counsel shortly thereafter. When the client came to Emily, he and his mother were distraught. After all, this young man was in the hospital for almost 4 months recovering from his injuries.

The drunk driver who struck him fled the scene and went home to avoid the police. The facts of the case infuriated Emily. She was not about to sit back and let this young man suffer for the rest of his life while the drunk driver saw no repercussions.

Emily contacted the Commonwealth Attorney on the case. He advised Emily that the defendant drunk driver had a lawyer defending him on the criminal charges. Emily decided to call that lawyer and ask if he would speak to his client about a possible settlement with her client from the defendant’s own pocket. Much to her surprise, the lawyer told Emily that the defendant had car insurance which would cover and that the insurance company was trying to speak to the victim’s lawyer for some time. Turns out the first law firm that dropped Emily's client actually dropped the ball.

Emily was able to get her client the policy limits of $100,000.00 in 30 days. This was not even close to enough money for her client, given that his medical bills were close to $300,000.00. However, it was better than nothing and it helped her client get into a living situation that was more accommodating to his disabilities.

Emily's arguments were convincing enough and the insurance company tendered their limits - $500,000.

This is a case Emily is quite proud of since her client contacted several lawyers before hiring Emily. No one would take the case, believing it to be a waste of their time. Emily trusted her instincts and learned early on that just because others have said no, doesn’t mean she should, especially when a member of our armed services suffered such an awful injury. In addition to securing a large settlement, Emily helped her client by putting the funds into a structured settlement so it will earn money for him over his lifetime. He will be forever disabled and was actually discharged from the Navy. Emily was able to get him money that will help him live comfortably for many.

Disclaimer: Every case is different. No case is the same. I cannot promise you the same results as other cases but I like to give examples of the work I do. Below are some of the stories of clients who needed me. I did my best for these folks just as I will for you.

Emily was just one year into her practice when a young sailor was seriously injured by a drunk patron at a bar. The drunk patron, who blinded Emily's client in one eye, should have been kicked out and cut off long before the unfortunate incident.

Emily was told by colleagues that the case was a waste of time. Well, that waste of time resulted in a $500,000.00 recovery.

Emily argued to the insurance company that her client was permanently disabled as a result of the drunk patron's actions and that she had witnesses who would testify that the drunk patron was visibly intoxicated. For these reasons, the bar should have been held responsible for failing to remove the drunk patron.

​Emily represented an older man who fractured his pelvis in two places when he fell down the stairs at a vacation rental home in Smith Mountain Lake, Virginia. My client and his family had rented a beautiful waterfront home in this popular vacation destination. On the first day of their trip, they were walking up the long steps from the boat dock to the house. The steps were made of stone pavers and one of the pavers was loose. My client, having just arrived at the home, stepped onto the paver and fell backwards, shattering his pelvis during the fall.

Emily's client was immediately transported to the hospital where he stayed for almost 10 days until he was healthy enough to be transferred back home to Florida. After the fall, the property owner came right out to the property to check on the family. During this visit, the homeowner admitted that he had attempted to repair the pavers himself and had not done so properly. This admission was the lynchpin to the case. That statement that the landlord undertook a repair and then did so negligently creating a hazard for the guests is what was needed to establish fault on his part. The medical bills in this case were nearly $200,000.00.

Emily presented a thorough demand package to the insurance company for the homeowner and established that the victim would suffer for the rest of his life. She was able to resolve the case for $800,000.00. This was enough money for her client to make his home handicap friendly due to his new limitations. 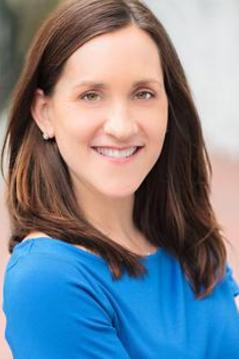